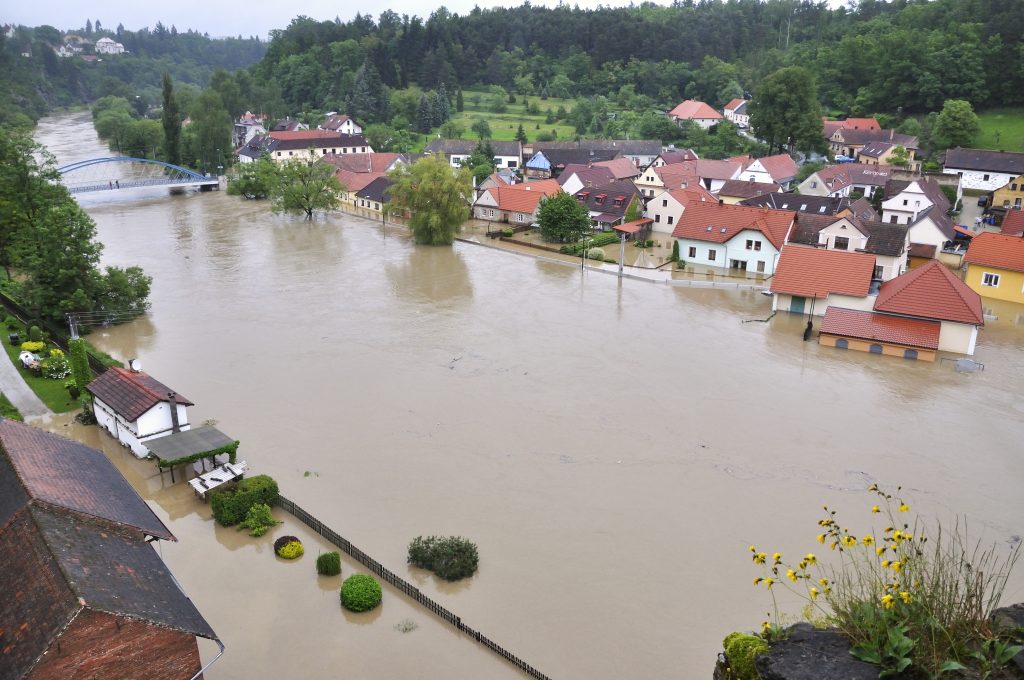 Flood Insurance: Are Homes Built after 2009 at Greatest Exposure to Climate Change?

Flood Re has done much to support the most vulnerable homeowners in the highest risk flood prone areas of the UK, but it does not cover any residential property built after 2009. Think tank Bright Blue estimates that as many as 70,000 residential properties have been built on flood risk sites since then, rendering them potentially uninsurable.

The Bright Blue analysis was published after extensive flooding in February 2020 left more than 1,000 UK homes flooded, with some areas experiencing the highest rainfall in 200 years. While it is true that many of these properties are in London and currently protected by the Thames Barrier, it has a future effectiveness for only another 50 years based on current sea level rise projections.

Elsewhere, they highlight some 20,000 properties that have no flood protection at all, putting them at high risk of becoming uninsurable. These are in areas including the Humber river basin, Somerset, Lincolnshire and the Fens, the Thames Estuary, the Trent and Soar in the Midlands, Merseyside and Greater Manchester, and the Lancashire coast.

They are outside the facility provided by Flood Re, a scheme launched in 2016 to ensure homeowners in areas of high flood risk can obtain affordable insurance. The scheme has benefited some 300,000 households to date, with some 80% that submitted flood claims seeing their premiums drop by more than half.

But those living in houses built after 2009, however, are at risk of sky-high premiums or being unable to find insurance. They are part of the 10% of new homes built each year in areas of high flood risk, equivalent to National Flood Zone 3, which covers areas with a 1% chance of flooding in any given year. This figure can be misleading now though, as we know such events are occurring with increasing regularity as our climate changes.

But why is this happening when the risks are clear and the insurance position so precarious?

Planning Policy Guidance Note 25 (PPG25) was introduced in 2001 in England and Wales, designed to ensure that local planning authorities only permit new property developments in areas at risk of flooding if no other options are available. Greater sensitivity is now placed on developments in flood risk areas to seek effective mitigation measures such as sustainable drainage systems (SuDS) where appropriate to minimise surface flooding and also that the properties themselves have better engineered resilience.

The reality is that the same planning authorities are under pressure to deliver on housing targets and to use vacant sites, often brownfield, as a priority, but certainly level and with good access – and many of these are close to water courses through their industrial legacy.

An analysis in Environmental Research Letters (ERL) in April 2021, found that the majority of homes in high flood risk areas were  specifically more at risk from surface water flooding – in fact by up to three times as much between 2008 and 2012

River flood risk had levelled off or reduced slightly in this time, in part due to investment in more flood protection schemes for the most vulnerable. It is important to stress that the Government has made a commitment to invest £5.2bn between now and 2027 on 2000 new flood and coastal defences to protect an additional 300,000 homes.

But it clearly hasn’t solved the impact that new builds have had on accelerating surface water flood risk. SuDS adoption has been slow as it is not a mandatory requirement in planning conditions as yet. Some developers also perceive them as an expense that also takes land away from more housing and make the site less viable, although there are many examples of small-scale SuDS like permeable paving that would help reduce the risk of localised surface water flooding.

In Wales, more than 2,000 houses were granted planning permission in flood risk areas between 2016 and 2019. While applications to build 2,159 homes on flood plains were granted by councils in Wales over the past three years, plans for just 246 were rejected. The Welsh Government pointed the finger at local councils in its planning services annual review. It said the latest number of approvals – 652 in 2018-19 – showed a “concerning willingness by local authorities” to grant planning permission for residential development in areas at risk of flooding, with 167 in areas with no flood defences at all.

It is this lack of flood resilience built into these developments that causes some of the greatest concern for the future. For the different climate change scenarios, the ERL research found that existing hot spots are expected to be further amplified with more homes that were built between 2008 and 2018 expected to fall into high flood risk areas by the 2050s.

Protect the Most Vulnerable

There are also big issues of social justice at stake. The research identified that the most vulnerable socio-demographic groups that would be affected by increased flood risk under climate change were the Increasing struggling homes-owners neighbourhood type, including multi-cultural urban areas, many of whom can ill-afford the insurance premiums currently, even if they had been eligible in Flood Re anyway.

This can decrease both the attractiveness and property value of a larger area as chances for a full recovery after a flood event also reduce. This could lead to more mortgage defaults due to a combination of decreasing real estate prices and lower chances of financial recovery.

There have been calls to extend provision under Flood Re for more properties built after 2009 but this is controversial as it could appear to be incentivising new builds in high flood risk areas.

Last year, The Department for Environment, Food and Rural Affairs (DEFRA) launched a consultation on the future effectiveness of Flood Re to seek to “accelerate the uptake of property flood resilience measures. It sought to gain views from stakeholders on whether discounted Flood Re premiums could be applied to those homeowners in the highest flood risk areas for fitting flood resilience measures such as airbrick covers and non-return valves and if the scheme could help fund the install of some of these measures.

The rate of adoption of property level resilience measures is still very low and perhaps Flood Re should be extended to cover the funding of these, together with perhaps more support for those homeowners in properties after 2009 that are most in financial need.

Get the Detail for the Right Flood Due Diligence

Homebuyers may be attracted by a new build for a variety of reasons but may not consider the degree to which it is flood resilient or even if their insurance premiums could be adversely affected by past river or surface water flooding claims or costs.

It is essential to understand your client’s flood risk in more detail. FCI Premium Residential environmental reports include all of the key flood risks as required by Law Society revised guidance, and  show the highest “floodability” rating in close proximity to the property, a grading system from leading flood risk data analysts, JBA.

Used by many insurers to calculate premiums, those areas with a “Black” rating indicates likelihood to be ceded into Flood Re for insurance provision. If a client’s property close to the Black zone but in an area of significant flood risk, insurance premiums could be high or unavailable which could impact on mortgage availability.

Understanding the flood risk in more detail is therefore essential where risks are flagged. It is important to check first with the developer that flood risk has been considered to mitigate and build in flood resilience into the project design.

If evidence of compliance with planning conditions relating to surface drainage and flood risk can be obtained, specialist brokers with experience of dealing with properties at risk of flood should be able to obtain affordable insurance cover.  A reputable home builder will be able to provide comfort to their customers that the development in which they want to buy a home has been designed taking into account the flood risks and to mitigate against those risks.

An FCI Flood Appraisal can also be obtained which provides independent expert insight at a property-specific level and includes a manual review of strategic flood risk assessments and planning records in addition to the available models. It is designed to guide and inform all stakeholders within a transaction providing the confidence needed to make informed decisions.