Buying a house is never easy. As a residential property lawyer or conveyancer, you want to ensure the process is as smooth as possible and that any potential risks highlighted in searches are dealt with in a considered way.

Fully complying with your requirements with Law Society guidance on contaminated land and flooding, we scan for the exceptions, forensically examining whether your client’s property really is at risk – not doom mongering with tons of generic data.

As per the Essential report, but offering deeper due diligence, adding ground stability risk and with a Professional Opinion provided on all data.

A great value environmental + flood Risk report, with a Professional Opinion provided on all data. Meets the minimum requirements with Law Society Guidance on Contaminated Land and Flooding.

It may be possible to revise a Further Action result free of charge if you are able to provide further information highlighting the remediation of a site.

Our team will review and respond normally within 24 working hours at no extra cost.

For complete peace of mind, your client can access competitive policies whether an environmental report indicates a contaminated land risk or not.
Our unique alliance with CLS delivers innovative Contaminated Land Insurance in line with the Law Society good practice guidance, with superior terms and affordable premiums.

We partner with flood risk experts Ashfield Solutions Group to offer an affordable, property specific, fully manually assessed review of flood risk in relation to a property, where a ‘further action’ for flood risk is identified in an initial environmental search report.

A quick, cost effective and robust route to investigate and solve potential environmental liabilities flagged in reports for residential property. A fixed fee with no limit to the amount of enquiries that can be made.

Geoff is a pioneer of mining and environmental risk data, who has set national standards in the public and private sector in the UK and overseas. At the Coal Authority, he created the CON29M standard report and automated coal mining searches and took that system national after the privatisation of the coal industry.

Shane uses his background in GIS and spatial analysis to develop data driven solutions to help keep transactions moving forward. He works extensively with industry leading experts to ensure that our products are based upon the best available data and interpretation of the risks.

Shane is responsible for the development and enhancement of our product portfolio. He also heads up the data team, who deal with the customer service and technical queries. 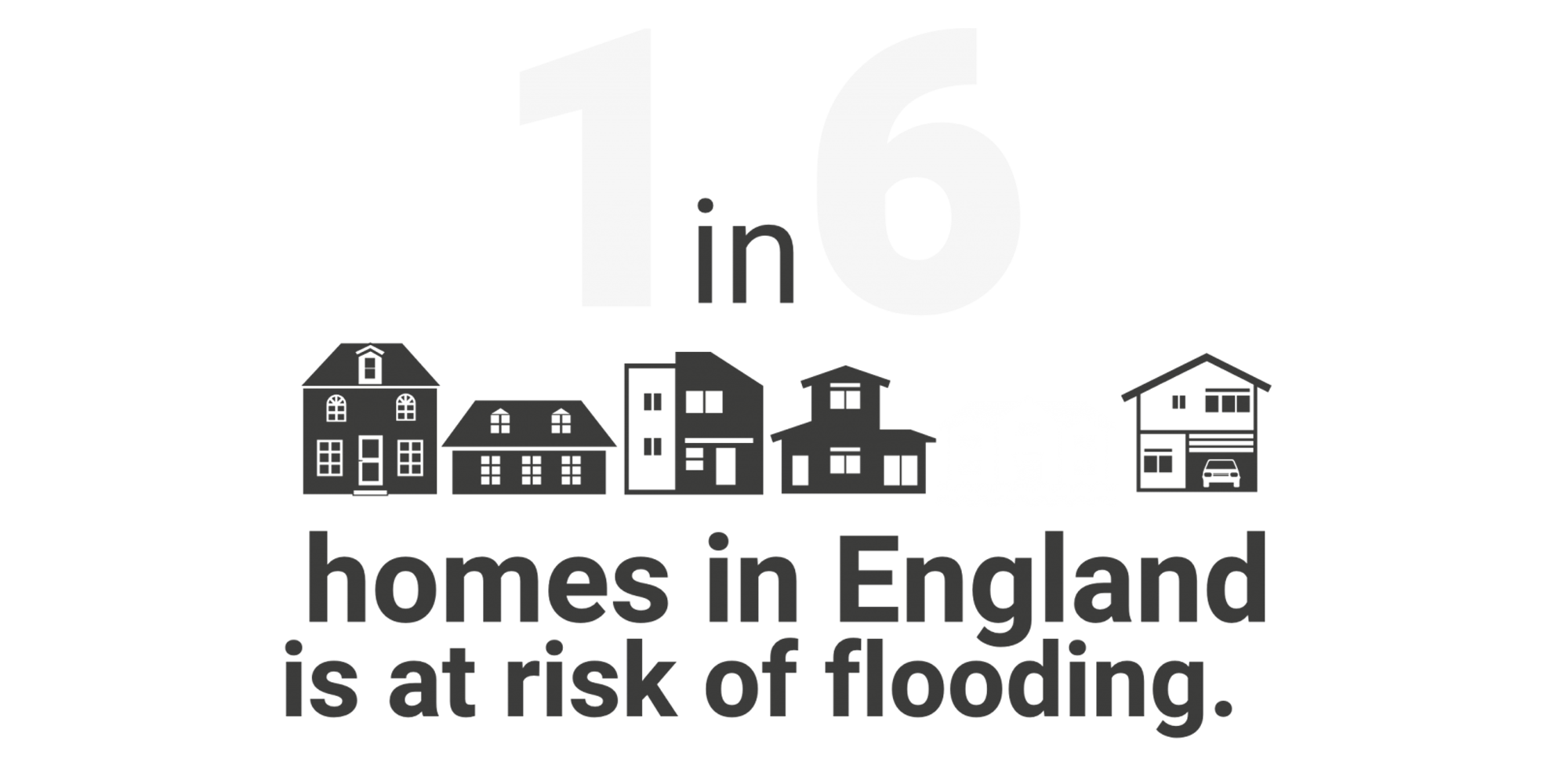 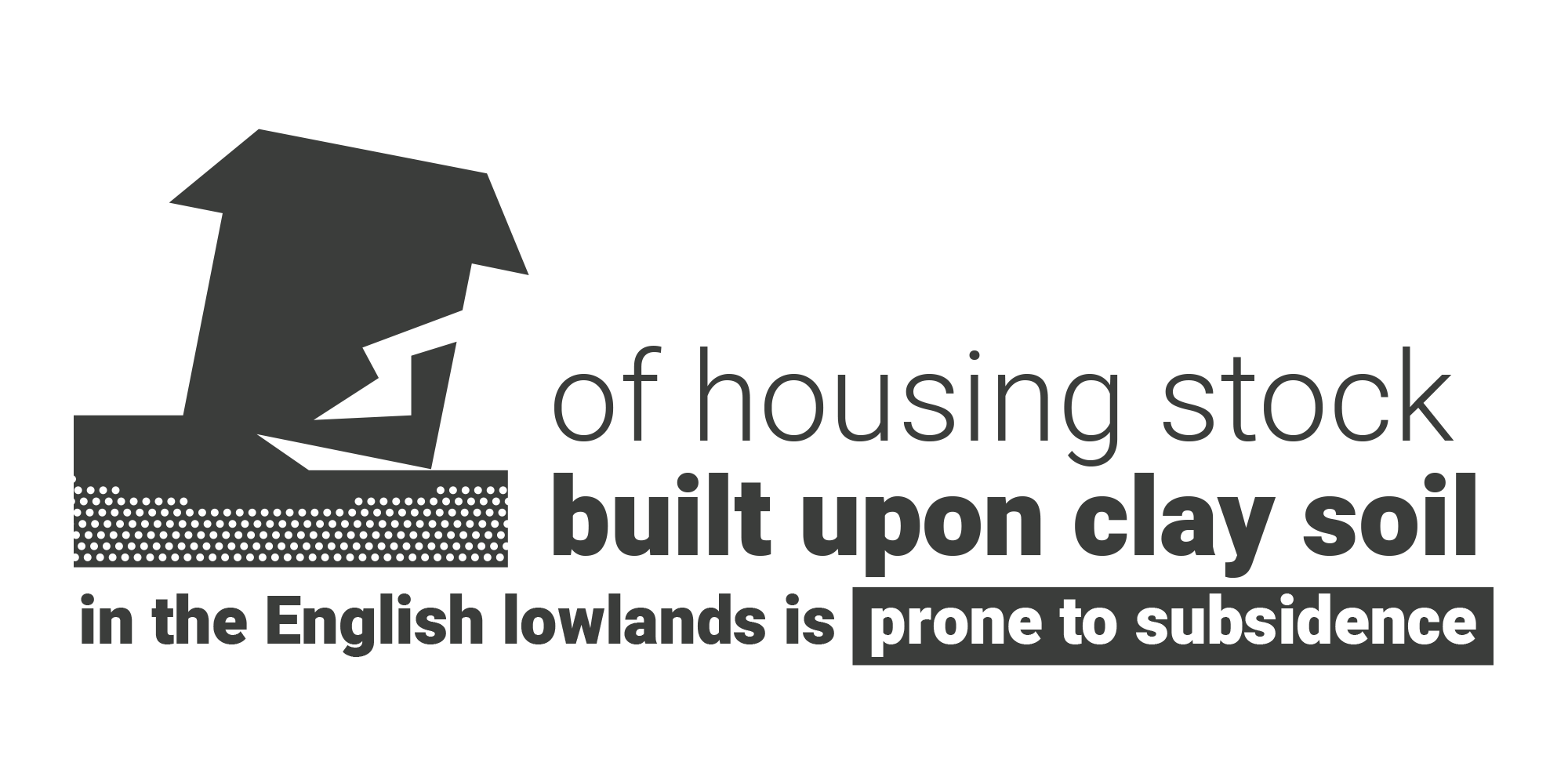 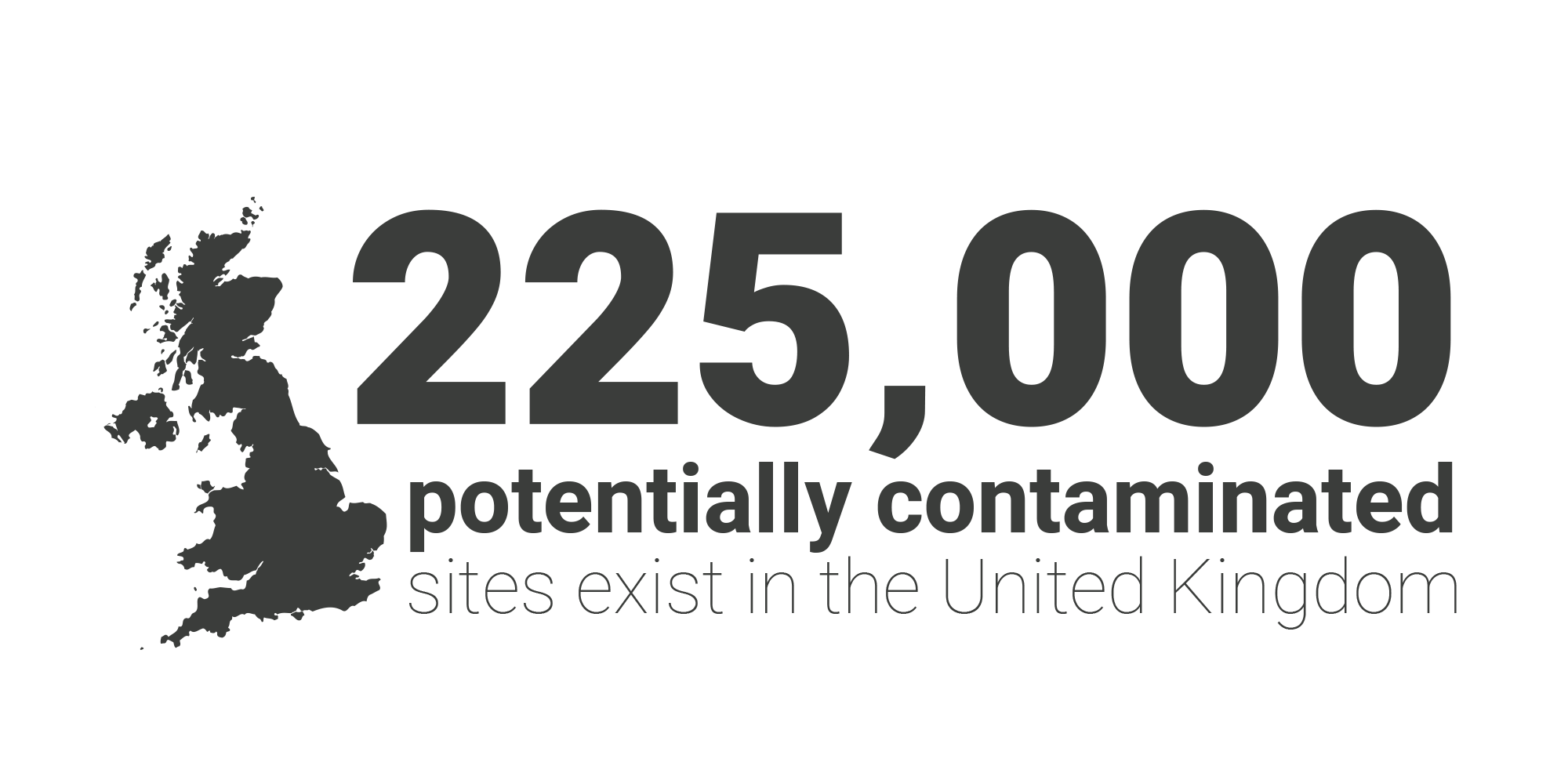 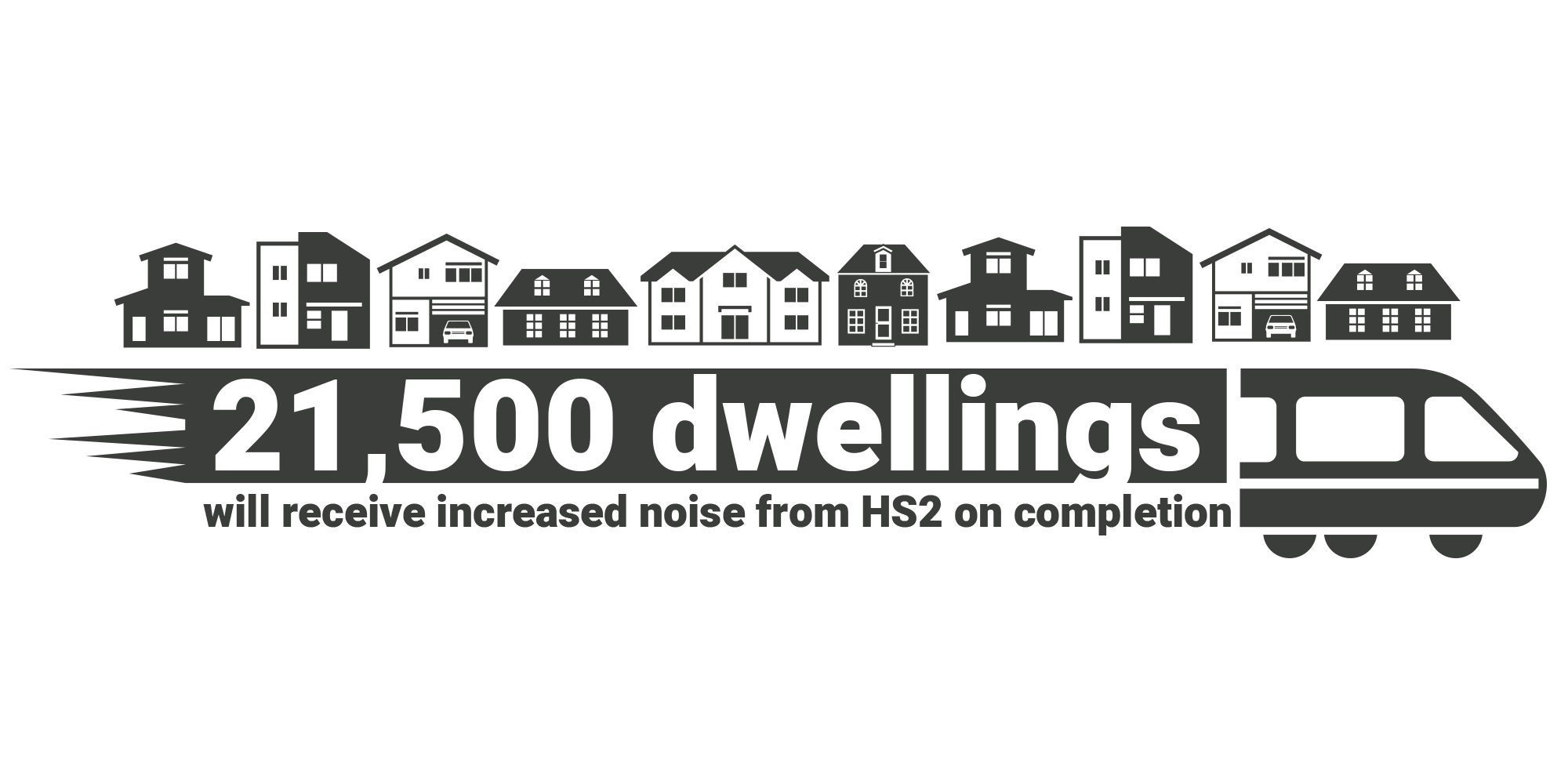 York 2015: Anatomy of a Flood Disaster 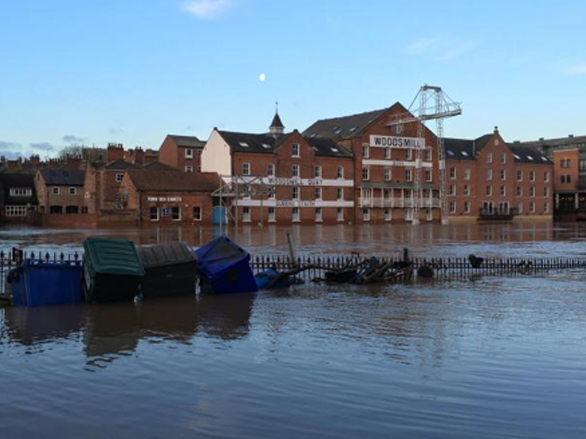 York has known devastating flooding many times before and if ever there was a city used to its ravages, its residents have felt it. Time and again, the city’s defences have been improved and adjusted, as new lessons have been learned – but Christmas 2015 raised the bar once again. Over the course of a few days, York suffered its worst flooding in a generation.

Storm Eva unleashed a wave of unprecedented rainfall across the north. Coming just three weeks after Storm Desmond, it exacerbated the ongoing situation, with saturated river catchments responding swiftly to the new deluge.

York Flood Group – made up of the City of York Council, the Environment Agency, North Yorkshire Police, North Yorkshire Fire & Rescue and Yorkshire Water – met on December 27 to discuss the worsening situation. The group usually meets only when the River Ouse levels reach, or are expected to reach, 4.2 meters above normal summer level (asl).

On Monday 28 December, the Ouse peaked at 5.2 metres above its normal summer level, just short of the all-time high of 5.4 metres, recorded in autumn 2000. However, city-wide flooding occurred due to the devastating failure of the Foss Barrier.

It was opened on Saturday 26 December after the pumping station was flooded, leading to floodwaters from the Ouse flowing back into the Foss. The primary concern was the pumps failing due to water ingress to the electrical supply.

The Environment Agency said that if the Foss Barrier were not lifted, it could have jammed in the closed position, causing even worse flooding for 1,800 properties, as water would not have been able to discharge into the River Ouse.

As a result of the decision, huge areas were flooded for the first time in many people’s lifetimes.  Foss Islands Road was closed, Foss Bank and the river were indistinguishable, and several cars parked off Layerthorpe were almost completely submerged.

About 500 homes alongside the Ouse, the Foss, Tang Hall Beck and Osbaldwick Beck were inundated. James Street travellers’ site was also severely hit, with many distraught residents saying they had lost everything. By December 29, the Foss barrier was operational again. The army flew in emergency equipment the day before and repairs were carried out overnight, but by then it was too late for many.

Householders were left counting the cost and many business owners in the city-centre said they were given no warning the barrier was being lifted.

At its height, the flooding caused major knock-on problems.

People across the city lost phone and internet connections, and many mobile networks failed or struggled, with some people unable to make or receive calls.

Many buildings in the city-centre had no internet or phone connections and most shops, pubs and cafes were able to take cash payments only, as card machines were down. The Jorvik Viking Centre flooded for the first time in its 31-year history, and faced a closure of up to a year. The cells at York Magistrates Court also flooded, meaning many cases had to be moved to other courts.

In the end, around 650 homes and businesses had been directly affected by flooding in the city centre. The cleanup cost the council half a million pounds, excluding damage to council assets including properties and infrastructure. It persuaded the government to pay £17m for Foss Barrier improvements and £45m for wider flood risk management improvement works across the city.

The original Foss pumping station was designed to pump about 30 tonnes of water per second from the Foss into the Ouse and was clearly unable to deal with the demand that Christmas.

The upgrade, which will include the installation of eight more powerful replacement pumps, is set to increase its capacity so it can handle at least 40 tonnes per second – securing its performance for the foreseeable future – or until climate change raises the bar again.

Future Climate Info provides a comprehensive flood risk assessment for residential properties through its suite of Environmental Risk Reports. These account for river, sea, coastal and surface water flood extents for a full, clear and effective view on any potential risks ahead of a property transaction.