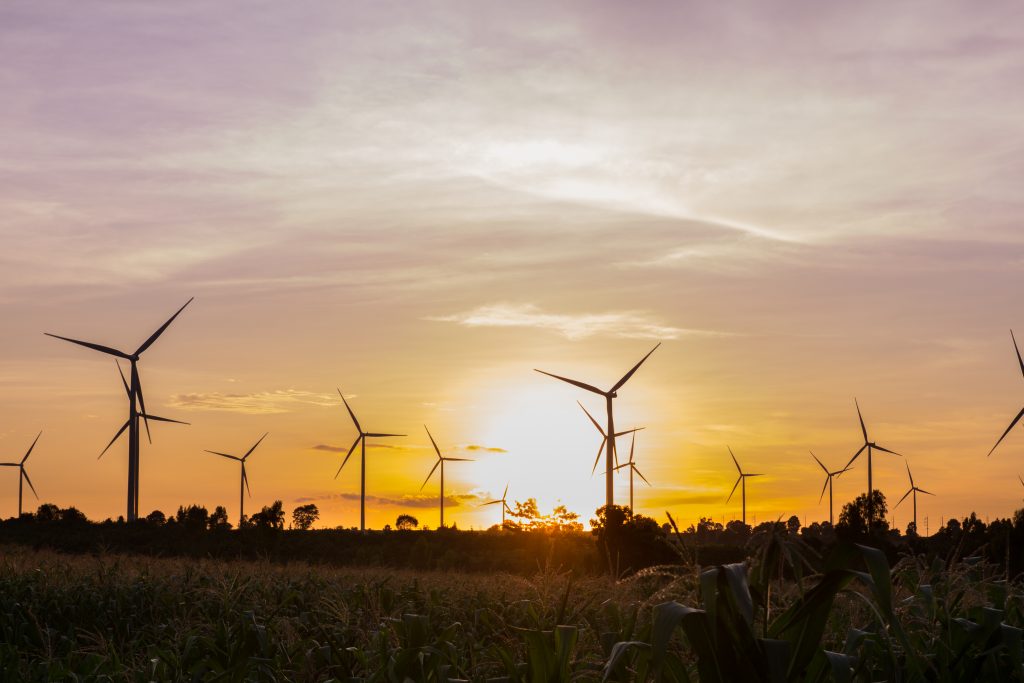 The Government has reversed a four-year ban on subsidies for onshore wind developers in order to help reach its climate change targets. A new scheme under consultation and to be introduced next year will see a stronger emphasis on cheaper onshore wind farms to produce green energy.

Ahead of November’s COP 26 global climate change talks in Glasgow, the government is under growing pressure to adopt a strategy to hit its target of net-zero carbon emissions by 2050.

It marks a major change in direction after David Cameron’s government fulfilled an election promise to end subsidies for “unsightly” wind farms in 2016, after calls from more than 100 MPs. The moratorium led to new onshore wind capacity falling to its lowest level in a decade by 2019.

The Contracts for Difference (CfD) Scheme is the government’s main mechanism for supporting low-carbon electricity generation. Managed by the Department for Business, Energy and Industrial Strategy (BEIS), CfDs aim to incentivise investment in renewable energy.

They will provide developers of projects with high upfront costs and long life-times direct protection from volatile wholesale prices. They will also protect consumers from paying increased support costs when electricity prices are high.

Renewable generators located in the UK that meet the eligibility requirements can apply for a CfD by submitting what is a form of ‘sealed bid’.

Successful developers of renewable projects enter into a private law contract with the Low Carbon Contracts Company, a government-owned company. Developers are to be paid a flat (indexed) rate for the electricity they produce over a 15-year period. This is the difference between the ‘strike price’ (a price for electricity reflecting the cost of investing in a particular low carbon technology) and the ‘reference price’ (a measure of the average market price for electricity in the GB market).

Onshore Wind – A Much Cheaper Option

Last autumn, some offshore wind projects agreed to prices as low as £39.65 per MwH, reflecting the increased efficiencies in the industry, such as higher turbines with longer blades.

This reduction was still some way short of onshore, reflecting the complex challenges involved in building huge wind turbines far off the coast, often in deep waters — although the gap has been closing in recent years.

By contrast, EDF’s proposed nuclear power station at Hinckley Point in Somerset agreed a strike price with the government in 2016 at £92.50/MwH in 2012 prices -equivalent to at least £102/MwH in today’s prices.

But experts point out the national context has changed since 2014. Onshore wind is now the cheapest form of renewable energy to generate within the UK, so the Government is likely only to be providing a guarantee to underwrite revenues from a scheme.

Electricity generation from onshore wind increased to a record 30.4 terawatt-hours (TWh) in 2018 (PDF). Capacity has been boosted in the last few years by higher wind speeds and the completion of new wind farms. More than 1,000 (PDF) onshore wind turbines were installed in 2017, as developers sought to take advantage of subsidies before they were withdrawn.

According to the Department for Business, Energy and Industrial Strategy (BEIS)’s Renewable Energy Planning database, there were 707 operational onshore wind sites in the UK as of May 2018. This includes sites with just a single turbine. Of the larger of these sites – those with over 50 MW of installed capacity – 77% are located in Scotland. In 2016, almost half of the UK’s turnover from onshore wind activities was generated in Scotland (£1.5 billion).

Whitelee is currently the UK’s largest onshore wind farm, located on Eaglesham Moor, near Glasgow. Its 215 turbines generate up to 539 MW of electricity a year.

Under the plans, onshore wind and solar will be able to compete in a clean energy auction in 2021.  New turbines will be set to start spinning one or two years after that. There are about 80-90 onshore wind projects with planning permission and ready to compete in the auction.

Alok Sharma, Business Secretary, has said cutting carbon emissions rapidly would mean “making the most of every technology available” including onshore wind and solar. He pledged that the government “would do this in a way that did not alienate local communities.”

Most onshore wind turbines are located in areas with adequate wind speeds and in exposed locations free from obstacles like trees or buildings that can interfere with turbine performance. It is likely that most of these will be in Scotland, Wales and Northern Ireland.

Scottish Power, for example, has drawn up a list of potential wind farm projects in anticipation that the government could loosen its resistance to onshore schemes.

There have been historic applications in rural areas of England, such as Northamptonshire. However, changing planning laws to bring new turbines to the Shires is likely to wind up those same MPs again. Worries persist that  turbines spoil the beauty of the countryside and affect local bird life.

The consultation document for the latest round of bidding maintains a very strong emphasis on community engagement and approval. Developers must provide a direct community benefit, including an opportunity for communities or local people to invest in the project, as well as a community benefit fund.

These benefits will need to last the lifetime of the project. If a development is sold on, subsequent owners and/or operators should honour existing agreements with the local community.

Finally, the potential effect of a proposed renewable energy development on visual amenity and landscape should be assessed.

BEIS’s Renewable Energy Planning Database shows that 119 sites had been granted planning permission for onshore wind turbines.  A further 12 were under construction, as of December 2019.

The majority (approximately 60%) of sites with permission are located in Scotland. While a number contain a single turbine, the largest, located at Lang Kames in the Shetland Islands, will have 103 turbines, producing 370 MW of electricity by 2024. Of the 14 sites with a planned installed capacity of more than 50 MW, all but two are in Scotland.

Overall, 269 planning applications for new wind, solar and bio-energy projects were submitted in 2019. This is up from 204 the year before, according to an analysis of government data by energy consultancy PX Group. This represents a four-year high as energy companies raced to meet the rising demand for clean electricity.

But there is still a lot of uncertainty. The Government is yet to show how much ministers are prepared to spend to underwrite new projects, or how much green power capacity the auction could procure.

If the cost of onshore wind continues to fall and there is a greater need to secure our own domestic energy, it is highly likely that English planning restrictions could be relaxed.

Property purchase decisions are often made for 20-30 years hence.  Homebuyers must consider how the impact of existing and planning wind farms could affect their investment and the quiet enjoyment of their home.

Future Climate Info provides conveyancers and their clients with the latest insight on energy and infrastructure changes that may affect the vicinity of a property. As new schemes come forward, we capture and alert these in a clear and concise way, so you can make an informed decision on whether the investment could be harmed or improved.