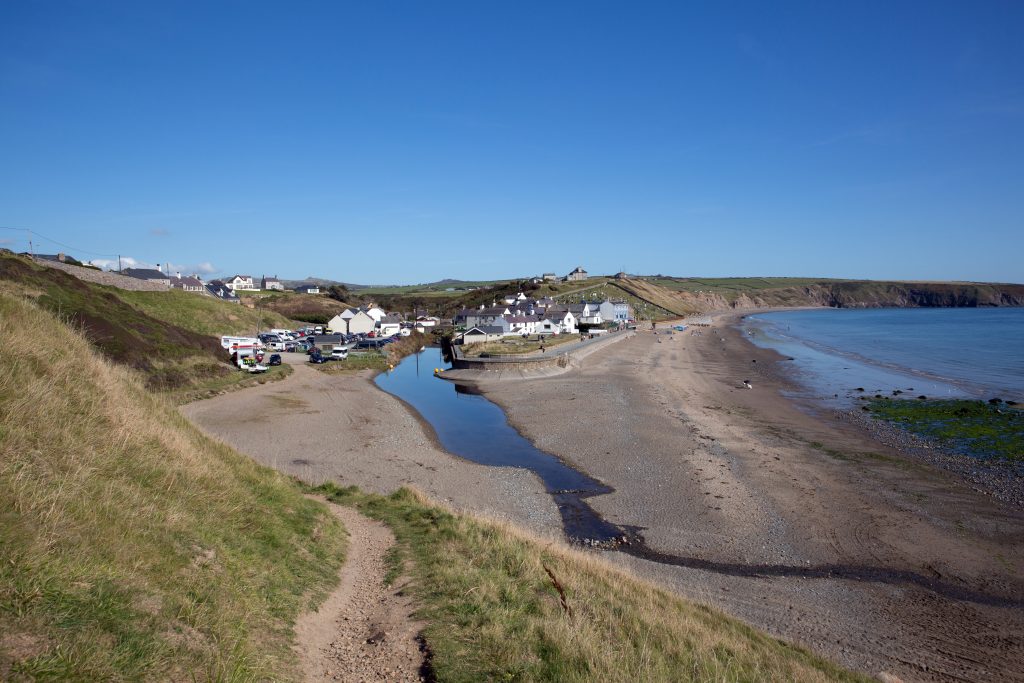 Surrendering to the Sea – The First Climate Refugees?

Fairbourne in Gwynedd, North Wales is in a picture perfect spot – sandwiched between the spectacular backdrop of the Snowdonia peaks and attractive sandy beaches. It has been attracting holidaymakers and new residents for decades. But its days could soon be over as climate change threatens to consign the town to the sea.

Gwynedd Council has decided it can no longer defend the homes from rising sea levels driven by increasing global temperatures.

Within a 26 year period – or earlier if forecasts worsen or a storm breaches the sea defences – a taskforce led by the Council will begin to move the 850 residents of Fairbourne out of their homes. The whole village – houses, shops, roads, sewers, gas pipes and electricity pylons – will then be dismantled, turning the site back into a tidal salt marsh.

It will become the first community in the UK to be decommissioned as a result of climate change. Coastal erosion is not a new phenomenon and has been retreating for centuries, but the pace of sea level rise is accelerating – with alarming new findings released just this month.

Scientists believe that global sea levels could rise far more than predicted, due to accelerating melting in Greenland and Antarctica.

The original view had been that the world’s seas would rise by a maximum of just under a metre by 2100, according to the Intergovernmental Panel on Climate Change (IPCC) 2013 assessment report.

A new study by The Potsdam Institute for Climate Impact Research projects that the real level may be around double that figure.

For expected temperature rises up to 2C, Greenland’s ice sheet remains the single biggest contributor to sea-level rise. However, as temperatures go beyond this, the much larger Antarctic ice sheets start to come into play. This scenario would have huge implications for the planet.

At a 2 metre maximum sea level rise, researchers calculate that the world would lose an area of land equal to 1.79 million square kilometres – equivalent to the size of Libya.

Much of the land losses would be in important food growing areas such as the delta of the Nile. Large swathes of Bangladesh would be very difficult for people to continue to live in. Major global cities, including London, New York and Shanghai would be under threat.

In human terms, this could equate to 200 times the number from the Syrian refugee crisis.

The UK is certain to have a large share of these numbers. This could be along the East or North West Coasts, London or in specific trapped locations like in Fairbourne whose geography could place it first in the queue.

Gwynedd council decided it could not afford to defend the village indefinitely in 2013. The village, which is barely above sea level, is protected by a sea wall, earth banks and a network of drainage channels. These defences were recently improved as part of a £6.8m scheme to extend the life of the village. But from the middle of the century, increasingly regular flooding could breach the wall and a storm surge could sweep away houses.

At high tide, there are very few houses higher than the sea right now.

The impact on the local property market has been dramatic. Transactions have fallen through and prices collapsed by as much as 40%. Further losses are likely as the decommissioning date draws nearer.

Cash transactions are the only way to secure a house.  Lenders have pulled away from mortgaging property as the risk on the asset is perceived too high.

If the defence is breached, there would be an immediate torrent of water with the threat of loss of life, because the houses are built just behind.

Fairbourne also sits in a basin into which rainwater flows off the surrounding mountains. When combined with the tidal flow, the raised water is driven into drainage channels that overtop and flood into the village already.

Gwynedd Council has said it will complete the decommissioning by 2045. That might sound a long way in the distance and may not put people off. Indeed, new residents have arrived and settled in the town believing it won’t happen.

The Community Council is opposed to Gwynedd’s plans for Fairbourne. At the risk of playing King Canute, they deny that a global sea level rise could have a direct impact in the town.

For existing residents there will be help in resettling them but no compensation for loss of value on their property. The Council, typical of many others, has been cutting spending for more than a decade and is facing a shortfall of £13m in 2019/20.

There are no plans to rebuild the village elsewhere, not least because there is no land available in the Snowdonia national park. Instead, residents are likely to be placed in existing towns and villages in North Wales

This places Gwynedd Council in a unique position. There has never been a similar decommissioning project in the UK, and there is no fund to manage the impact of climate change. Other locations such as the Norfolk Coast are affecting the outskirts rather than the whole town, so it’s less pressing.

Local authorities will need to have difficult conversations with threatened communities about relocation, while limiting the planning approval of new homes.  “Managed retreat” is becoming a more comfortable shorthand for Council planners now. This means allowing a new coastline to form to protect communities further inland. Beaches, wetlands, mudflats provide a natural buffer against storms and waves.

This emphasizes why property purchase decisions must be made or the longer term. Will your client be able to resell it as climate change factors start to accelerate.

Imagine your client having bought a property to realise that within the typical average ownership time, they may be forced to move out if sea levels, severe weather events and river flooding slowly removes their community from the map?