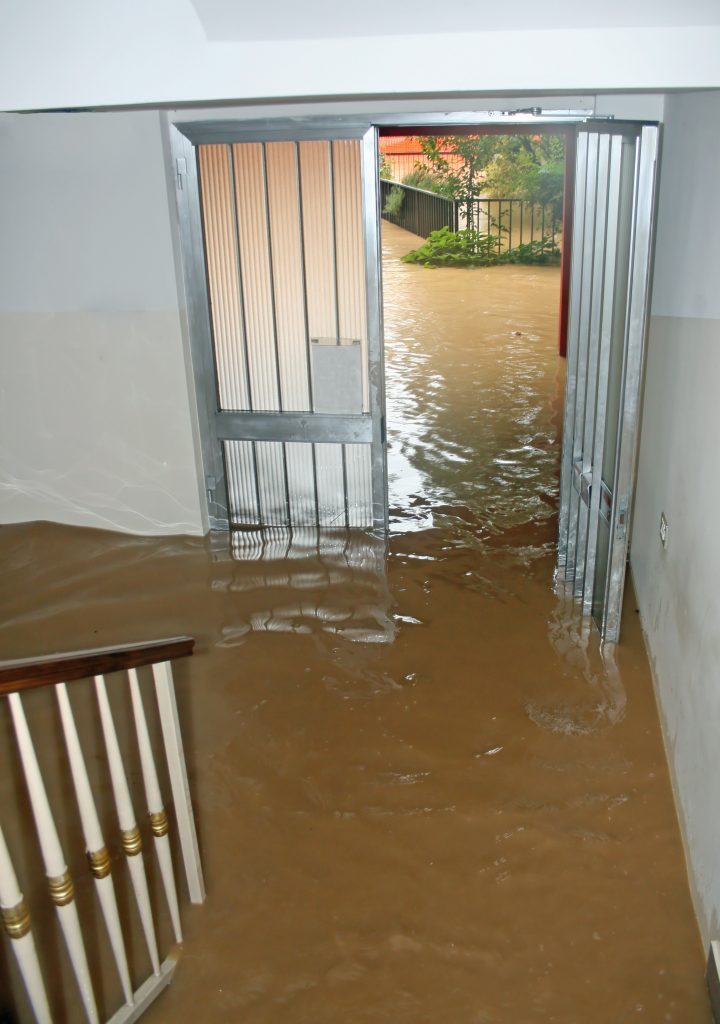 The study was led by the University of York and the National Centre for Social Research and published in the International Journal of Environmental Research and Public Health. It found that experiencing weather damage to one’s home, even if relatively minor, is as much of a risk to mental health as living in a disadvantaged area.

Researchers concluded that storms and floods are likely to become more frequent and intense due to climate change.  Emergency planning should include mental health support for those affected.

Professor Hilary Graham was the lead author of the study. She said: ‘This study shows that exposure to extreme or even moderate weather events may result in ‘psychological casualties’ with significant impacts on mental health.

‘This is reflective of the huge impact storms and flooding have on people’s lives. Alongside the physical damage to homes and businesses, there is the emotional damage to the sense of security that many people derive from their home.’

The researchers analysed data from the Adult Psychiatric Morbidity Survey (APMS). This is the leading source of information on the mental health of people living in England.

People were asked in 2014 whether their home had been damaged by wind, rain, snow or flood in the last six months. This was just after the UK had endured severe winter storms during the previous winter.

In this clip from ITV Border News, Linda, from Carlisle, says the devastation Storm Desmond left behind four years ago still affects her today.

The study found that people whose homes had experienced damage were around 50% more likely to report poor mental health.

Analysts then looked into incidences of common mental health disorders (CMD), from depression and phobias, to anxiety and suicidal thoughts.

The scientists said that with the number of properties in the UK at risk of flooding set to increase over the coming years, environmental and health policies should be brought together ‘much more closely’.

This should be recognition that protecting communities from floods is far more than building physical barriers, but looking after the mental effects too.

Julie Foley, Director of Flood Risk Strategy & National Adaptation at the Environment Agency, said: ‘The impact of flooding on people is devastating. It can last long after the flood waters have gone away.’

A year after the devastating 2007 floods, some 5,500 residents of Hull were still not back in their homes, with 1400 living in caravans. The time taken to clean, dry out, investigate and estimate repairs and  then renovate property took its toll on the population.

The damage caused in Hull was put at more than £40m and ultimately affected over 10,000 properties. It led to an independent review of the region’s flood defences and millions spent on flood improvements.

However, more than a decade on BBC Humberside re-visited residents and businesses. It was clear that they were still dealing with the knock-on effects.

Former Hedon resident, Sally Johnson said: “A friend is still finding problems with her home. When it rains she goes outside to monitor it to make sure it isn’t flooding. It impacts the rest of your life.”

Adapt or move out?

The findings come after another study declared that Storm Desmond in 2015 was our worst storm in 600 years on the basis of soil sampling.

As the climate continues to change,  this could have an even greater impact on the mental health of affected communities in future years.

The Environment Agency previously issued a stark warning that future flooding may become so bad that some of the worst-hit towns may have to be abandoned for good.

Our recent blog on residents in Fairbourne, Gwynedd, becoming possibly the first UK climate refugees is a clear case in point. The same could be true along our east and southern coasts, as well as towns regularly affected by flooding, like Carlisle.

And with 90% of Hull standing below the high-tide line, can the UK’s 2017 City of Culture be retrofitted against disaster – or should its people think about moving on?

Moving into an area with a potential flood risk means that homebuyers must be more forensic about how it could affect their physical and mental well-being.

As part of the due diligence searches, conveyancers must be able to trust that the data and supporting guidance provides the clearest possible picture of future flooding. This must be based on a close examination of the past extents, claims, soil and slope profile. It must also account for climate change allowances and how this could impact communities in terms of extreme flooding.

At Future Climate Info, we build all of this into our residential environmental reports, so you don’t need to get a separate flood report. Where a flood risk is identified, you and your client can then access our specialist flood risk services to more forensically identify if the risk could affect your client in years to come.