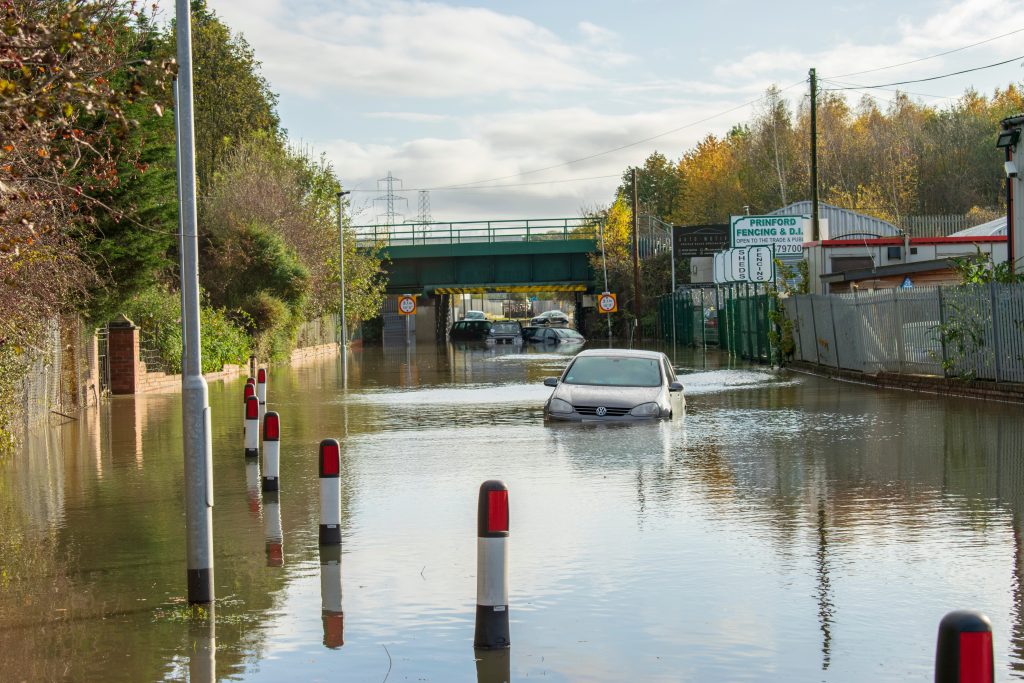 River Don Flooding: The Cause and Effect of Knee-Jerk Decisions

Another slow moving frontal system dumped a month’s worth of rain in a day on the hills above Sheffield this month. A headline we are used to seeing across the UK, but the response of the River Don and the subsequent downstream flooding tells the bigger story of how and why it happened.

We expect deep cyclonic weather systems in the autumn – often they flash through with high winds, but some also drift in from the Atlantic and gently spiral and then pivot as they move across the UK.

As they pivot, they often create a convergence zone along the weather front which can cause a line of heavy persistent rain that appears stationary. This is one reason for the volume of water that fell and then migrated to the rivers across South Yorkshire, Derbyshire and parts of Lincolnshire.

But if we look at the behaviour of the River Don in particular, its profile and how it has been managed over the years reveals why we have such extensive, prevailing flooding that has affected downstream communities.

The Don rises in the Peak District National Park. Here and in other parts of the Pennines, government incentives have been provided to landowners to burn and drain moorland to boost game bird populations for grouse shooting. While this can create rural jobs, it has also been blamed for increasing the risk of flooding. The removal of bogs and deep vegetation on the moors has dramatically reduced their capacity to hold water. Grouse butts and stripped vegetation are common across much of the Peak District. Conservationists want a rapid expansion of rewilding of upper rover catchments to slow the flow downstream.

Conservation groups like the Derbyshire Wildlife Trust and Moors for the Future are working hard to restore the moorlands, which were degraded by air pollution from previous industrial activity. They are reintroducing sphagnum moss, which was killed off by poor air quality but can store huge amounts of water. However, the scheme numbers are in the teens when they should be in the hundreds.

Intensive animal grazing leads to short grass and compacted soil, which is less able to absorb and hold water. There are no longer enough trees and plants to absorb rain and stop it from running straight into the river.

On the nearby River Derwent in Derbyshire, fields below the river level remained dry while towns flooded exposed the problems with our rural land. If fields along the river had been allowed to flood and reduce the level of the river by say 10-15 centimetres, then the Matlock Café would not have flooded and still be happily trading today.

In the same way, the absence of anything natural holding back the Don meant that the water moved fast down the steep sided valleys towards Sheffield.

In the 2007 floods, Sheffield suffered a double whammy of surface water flooding overcoming drains but also the Don burst its banks and severely damaged the £1bn plus Meadowhall Shopping Centre and surrounding commercial and industrial parks. The reaction, which took 10 years to complete, was to spend £19m on building higher harder flood defences. In the main, they did their job this time around – just. Meadowhall’s car parks received some overspill, but there was still significant disruption to trade.  The Centre’s stores closed for 24 hours, with media headlines of hundreds stranded overnight as they couldn’t get to their cars.

Luckily, river levels fell quickly, people got home the next day and Sheffield got on with life again. The defences had done their job and had rapidly funneled the water away from areas of high population.

The EA’s policy has made logical sense for many years, but it has been a series of knee jerk investment decisions on  where the floods last happened, to just build higher hard defences to get it away from urban areas. This is true of Sheffield, but also Rotherham and Doncaster through which the Don continues on its journey downstream.

After Doncaster, the Don is in open, flat, marshy countryside. The water table is high at the best of times and the consequence of all this water being pushed rapidly downstream is the inevitable inundation of Stainforth and Fishlake and all of the farms and rural businesses along its route.

The EA is doing its best working with stretched funding to protect the most people. That is what it’s told to do. Until, of course, a flood happens during a general election campaign.

We are seeing again further knee jerk reactions to support the often neglected rural land owners, tenants and villagers: making statements to declare this a “national emergency”, when it always has been based on wider climate change and that this could happen anywhere in the UK at any time.

Throwing figures of £5bn plus around that aren’t specifically costed, nor on defined projects to help all communities rural and urban. Not recognising that past piecemeal decisions have led us to this situation, when simpler, cheaper more natural flood management measures could have taken place upstream.

We now have the unedifying spectacle of hand wringing today for the plight of homeowners and businesses in affected areas (that just so happen to be marginal or battleground seats).

But the election circus will move on in a few days. They will leave communities to months of misery drying out their properties. They will leave farmers who are counting the cost of soil, livestock and infrastructure damage, without the ability for many claims against insurance on their land. They will leave rural businesses facing weeks of closure, damaged cash flow and spiraling insurance costs.

These are the victims of a flood management policy that has swung with the wind, not viewed rivers as a catchment but rather a series of fragmented projects funded by different parties in different local authorities.

Moving into an area with a potential flood risk means that homebuyers and business owners must be more forensic about how it could affect their investment.

As part of the due diligence searches, conveyancers must be able to trust that the data and supporting guidance provides the clearest possible picture of future flooding. This must be based on a close examination of the past extents and best available flood risk models, accounting for climate change allowances and how this could impact on communities.

At Future Climate Info, we build all of this into our residential environmental reports and our commercial environmental reports so you don’t need to get a separate flood report. Not only that, but where a flood risk is identified, you and your client can then access our FCI Flood Appraisal to more forensically identify if the risk could affect your client in years to come.