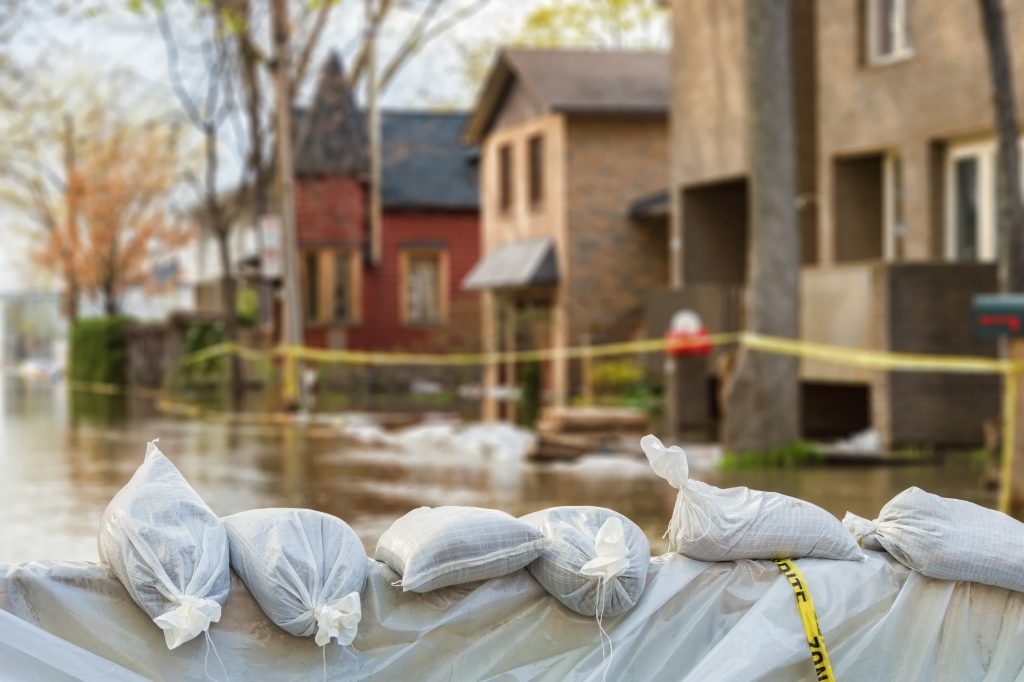 The role of groundwater in providing secure water supplies and supporting a healthy surface water environment is vital. In recent years, England and Wales has experienced exceptional swings that have led from drought to groundwater flooding in as little as four months. This has been especially the case this winter in Lincolnshire, Dorset, Hampshire and Sussex.

We take a look at this lesser known and more unpredictable flood risk and its impact on property, likely to become far more common as our climate changes.

What is Groundwater Flooding?

Groundwater refers to any water found beneath the surface that fills pores or cracks in the underlying soil and rocks. It is most commonly found in low-lying areas underlain by aquifers, such as chalk or sandstone, or localised sands or river gravels in valley bottoms.

Because of its subterranean existence, it is not normally “seen”, emerging only in extreme circumstances.  The mechanisms and drivers that create rising groundwater conditions are complex and vary locally. Because it can appear alongside river and surface flooding, it can often be confused as being the same thing when it isn’t.

At a certain depth below the ground, the soils and rock will become saturated with the water that has seeped through from above. The boundary between this deeper, permanently saturated ground and the shallower, drier ground above is known as the water table.

Chalk represents the main aquifer risk, covering large areas of eastern and southern England. Its structure allows it to hold a lot of water. Fractures allow rapid movement through the rock and it is also very extensive, measuring hundreds of metres in depth in places. It is this that makes it such a precious store of water supplies for the populous south, but can also be a curse.

This vast store and slow release means that persistently wet winters, such as right now, mean that flood levels can be easily reached and will continue to flood well into spring. What are the impacts of Groundwater Flooding?

Once flood water reaches the surface it will find its own often indiscriminate route. Some flows will follow usually dry valleys, or it could just seep out where the chalk meets a more impervious clay layer. Patcham, near Brighton in West Sussex regularly suffers from sudden emergence in gardens and across roads and paths, paying little attention to what is in its way.

As it travels to the surface, it can also ingress to basements, tunnels and sewer networks. Any cracks in pipes can then suffer severe water damage that can disrupt supplies or create potential effluent contamination.

On new developments with sustainable drainage systems (SuDS), it can also interrupt and overload drains and ponds.

It is the severity and duration of groundwater flooding on property assets versus other types of flooding that is its distinctive hallmark. Locally, properties can be affected by fluctuating high levels of groundwater for many weeks, with no way of drying out.

A river or surface flood tends to be immediate, severe and then recede allowing for a quick response. Groundwater sometimes does not give that option. On farms, persistently high groundwater levels can strip soil nutrients and render whole fields redundant for weeks.

What is happening with Groundwater this winter?

Despite a lull in the rainfall after New Year, the groundwater kept rising and its impacts soon became clear. In Patcham, severe flooding occurred in the railway tunnel for the commuter route between Brighton and London.

Dorset has an extensive network of tributaries in deep chalk valleys called bournes which are directly fed by groundwater charging.  Extensive flooding of properties in the Winterbourne villages was reported, with pumping out of water ingress some 2-3 weeks after the festive deluge.

Further rain on already highly responsive catchments may prolong the problems. In Hambledon, Hampshire the EA continued to advise property owners with basements to remain vigilant as further weather systems could raise water underneath houses.

The EA and Flood Forecasting Centre (FFC) also predicted rises in groundwater levels in the Cotswold Limestone and in Lincolnshire Chalk and Limestone formations. They monitor boreholes levels up to 60 days in advance, given the lag in flood incidents after rainfall events. Alerts can be provided to residents to take action and maintain resilience.

Following 5 months of consecutive above average rainfall in Hampshire, the EA and FFC are predicting rises in groundwater levels will remain high with the threat of flooding likely for the rest of the winter.  The table below shows rainfall data values recorded at Otterbourne, near Winchester, up to 28 January 2020:

Storm Ciara also hit in early February notable for high winds and heavy rainstorms that swept the whole country. It led to significant river flooding in Yorkshire and Cumbria as the additional load of 10 cm of rain in a 24 hour period in some areas affected catchments significantly.  Further named storms through February on already saturated ground will inevitably top up levels and could store up further groundwater flooding into March.

Groundwater can be challenging to advise on as an environmental risk in property search due diligence. As a conveyancer, key things to ask your client to look out for include:

The EA has a basic map of groundwater risk at 1km resolution, which is not good enough for property searches. Data is now improving all the time in order to translate potential risks into a more scientific understanding. However, historical records and extents are often anecdotal and unsubstantiated.

The Future Climate Info environmental search and flood search reports contains groundwater flood risk data at a 5m resolution. While this shows a far more granular level of detail, it is important to remember that geology and processes are complex and highly local. Flow routes and interactions with other sources of flooding are common.

Where a groundwater risk is highlighted, our flood data partners at Ashfield Solutions Group can then undertake a more forensic Flood Appraisal. This is more bespoke approach to reveal more about the individual groundwater flood characteristics for your client.

They can also provide on–site assessments to identify flow paths, flood mechanisms and local ground conditions that may impact flooding. The results provide initial opportunities for property level resilience measures that may benefit the property.

If more detailed evidence can be provided on its proximity, extent and likelihood, this will enable your client to be able to engage with insurers to perhaps look at additional premiums to cover the risk.

[contact-form-7 id="435" title="Try before you buy"]
We use cookies on our website to give you the most relevant experience by remembering your preferences and repeat visits. By clicking “Accept”, you consent to the use of ALL the cookies.
Cookie settingsACCEPT
Manage consent