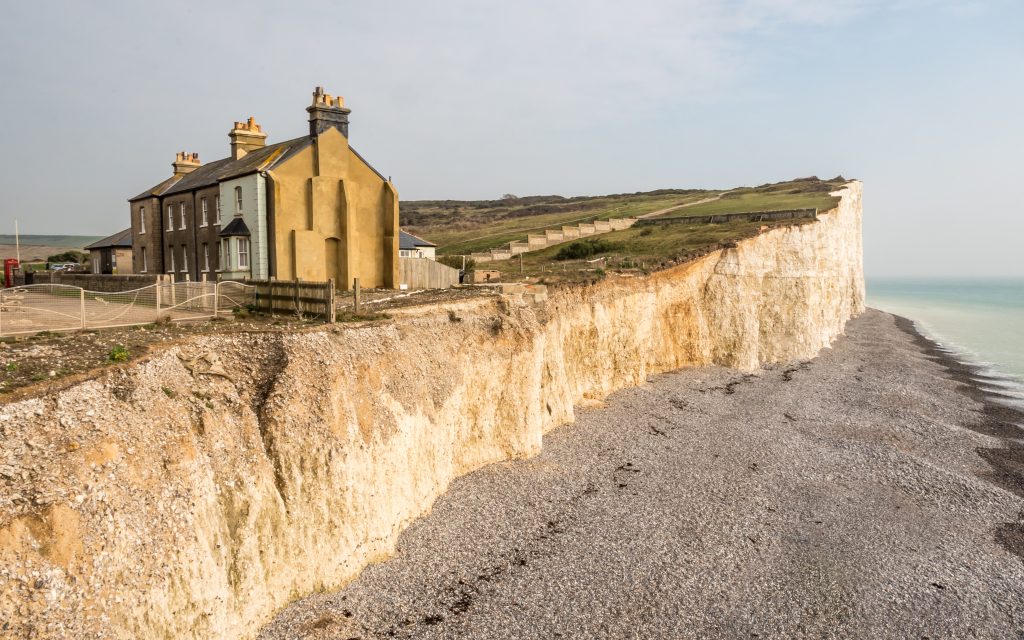 In a stark warning, the Environment Agency (EA) has announced that entire communities might need to be relocated from coasts and rivers. They state that urgent action is needed now for the UK to prepare for an average global temperature rise of 4˚C.

In setting out the agency’s long term strategy for tackling flooding and coastal change, tough decisions would need to be made about what to save and what to sacrifice.

Supporting the previous report by the Committee on Climate Change (CCC), they are now planning for impacts based on projections far ahead of the target of 1.5˚C above pre-industrial levels set in the legally binding Paris Agreement of 2015.

And this huge rise may happen over the next 80 years – within the lifetimes of today’s children.

The Chair of the EA, Emma Howard Boyd said “We can’t win a war against water by building away climate change with infinitely high flood defences. We need to develop consistent standards for flood and coastal resilience in England that help communities better understand their risk and give them more control about how to adapt and respond.”

Here at Future Climate info, we agree that richer, better data delivered in a clear way will enable homebuyers and businesses to make informed long term decisions on where best to locate.

It is not enough to just react after the next flood but to build “climate resilient” communities, homes and businesses.  Building bigger and bigger walls as defences was not the solution, says the EA.

The answer lies in natural flood management, retreat from vulnerable coasts and estuaries and designing properties that can be both resilient and recovered easily when flooded, was the right answer.

A government spokesman said the public would be protected from the impacts of climate change, but the CCC says current shoreline management plans are unfunded and hopelessly optimistic.

It is clear that we cannot keep playing King Canute with coastal sea rise any longer.

The EA says an average outlay of £1bn a year will be needed to build traditional flood and coastal defences and allow for natural flood management.

Lord Deben, Chair of the Committee on Climate Change has called for the British government to immediately set a legally binding target to cut greenhouse gas emissions to zero by 2050. He said the UK urgently needed to stay ahead of worsening impacts by adapting.

The EA’s strategy on retreat, resilience and restoring natural flood management are important pieces of the climate change response. However, it’s about the pace of investment and the commitment for us all to change our lifestyles, if we are to preserve our vulnerable communities.

Could your client’s property be one of the half a million at risk from coastal flooding?  Or the 100,000 that could be affected by coastal erosion?

Imagine your client having bought a property and realising that within the typical average ownership time, they may be forced to move out. Sea levels, severe weather events and river flooding could slowly remove their community from the map.