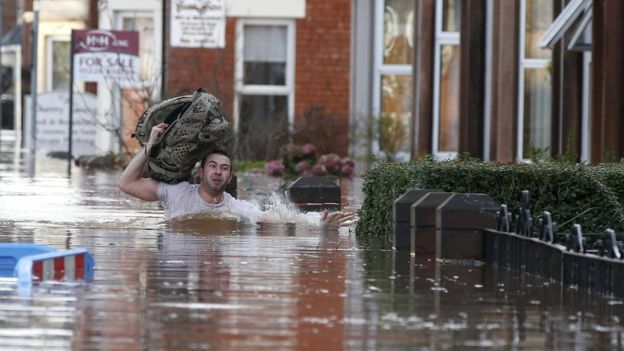 Carlisle: Building a Fortress against the Floods

Storms Desmond and Eva were two of the most notorious, destructive weather events in recent years. New rainfall records were set in the Lake District for a 24-hour period in December 2015, with 341.4mm recorded on Honister Pass. Cumbria was hit by a conveyer of water which swelled river catchments and bore down on residents directly in its path.

At the height of the storms, some 45,000 properties were without electricity. Some 5200 properties were flooded, leaving the insurance industry with a bill of some £520 million, according to the Association of British Insurers (ABI), including £2.9M of emergency payments for residents to get their lives back together. This is double the amount of storms that hit the same region in 2009.

Carlisle was especially badly affected, with some 2100 properties flooded. It lies at the confluence of two rivers – The Eden and the Caldew, which have highly responsive catchments that feed large volumes of surface run-off from the surrounding fells. The area immediately to the south of the Eden was worst affected, where the floodplain has been developed. In the town, properties in Warwick Road and Willow Holme Road were swamped with flood water up to the second floor.

The peak flow of the River Eden at Sheepmount was 1680 m3/second, with the river depth peaking at 7.8m – a new record.

Carlisle itself was cut off for some time, leaving residents stranded. Some had to be airlifted off the roofs of their homes. Evacuation was dangerous in darkness and high winds. 2.5 metres of water flooded the fire station and police station, limiting the support local first responders could provide.

In 2010, a £38m flood defence scheme was completed for Carlisle in a bid to protect about 3,000 homes and businesses around the city. They were built in response to the levels of the floods in 2005 and 2009 and at least gave authorities more time to evacuate people.

However, the unprecedented levels of rain were too much for them. Supposedly designed to contain flood levels long into the future, it took just 6 years to be proved inadequate and became largely the reason for the swift removal of the phase “1 in a 100 year event” by the Government and the Environment Agency – as this is clearly not the case anymore for these types of weather events.

The Government gave temporary relief on business and council tax for homes and businesses. Among the major employers affected in Carlisle was the McVitie’s factory, which employs 640 people locally. The site was inundated by the River Caldew with substantial flood damage to electrical equipment and ovens. Nearly 40 million litres of water and 540 tonnes of debris had to be cleared before normal production at the site could resume, according to the owner United Biscuits.

After three major flood events in a decade, the Environment Agency and Cumbria County Council have completed a major investigation and published new recommendations for ensuring it doesn’t happen again.

This includes a package of even higher flood defences, which is welcomed by some but can be unsightly and out of proportion in some locations. For nearby railway lines and pumping stations though, it will provide greater resilience.

A further £24 million is being invested in Carlisle, as part of a wider £72 million package for Cumbria to protect 4,300 homes and businesses by 2021.

But building more walls and hard structures isn’t the only answer. Many hydrologists suggest that this just pushes the problem faster downstream. Better to think about how we manage the upland areas in the rover catchments, to slow the flow of run-off from the surrounding hills.

To meet this in a more holistic way, the Lowther Estate is proposing to plant 213,000 trees over 170 hectares of the estate this winter. This recently-approved government-funded large-scale tree planting scheme will be one of the most productive woodland creation sites in England for more than 25 years.

Trees and vegetation along river banks (called riparian planting) together with incentives for farmer and landowners to create natural dams will disrupt the speed or water flowing down into the residential valleys.

It is not an instant fix, but combined with higher hard defences should give Carlisle a fighting chance for when the next storm will surely come.