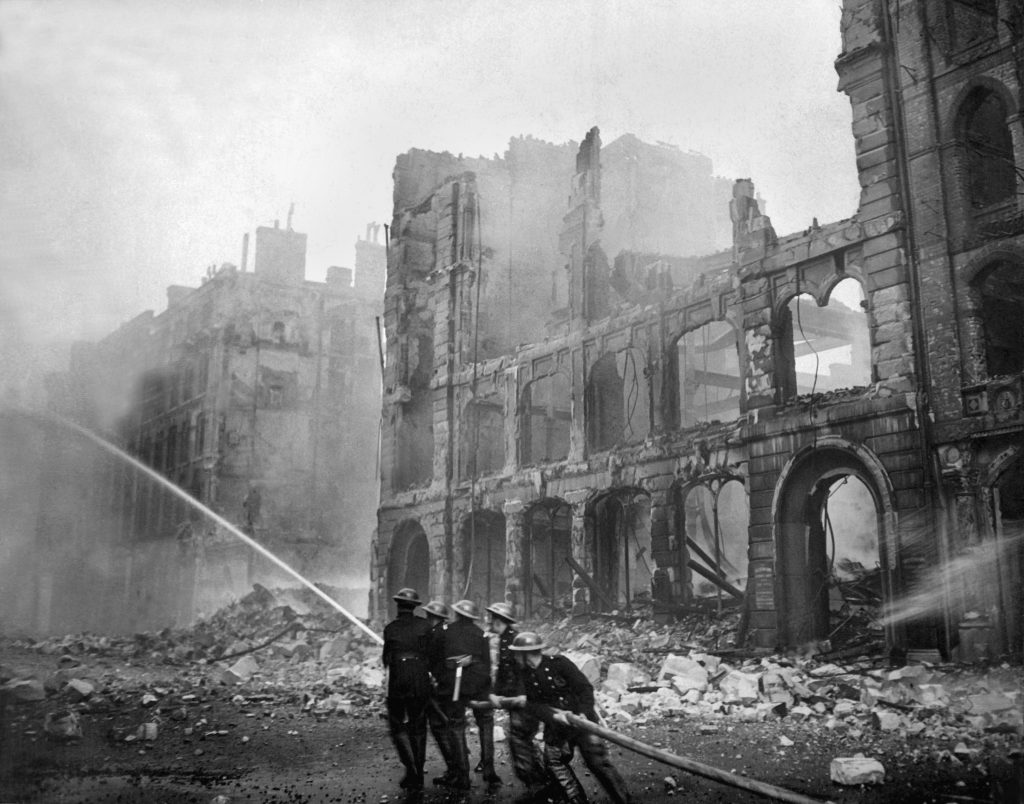 We are used to hearing about London labouring under high air pollution levels. But our capital’s soil also bears a poisonous legacy comprising of Blitz bombing and pockets of damage from fire affected buildings and derelict sites. These provide an important example of how commercial property lawyers need to be vigilant about past use and incidents on affected land that could be prepared for redevelopment.

Researchers from the British Geological Survey (BGS) have found concentrations of high levels of calcium, lead and zinc in some parts of London. These have been caused by the distribution of building dust and debris following the large-scale destruction of historic housing stock. These elements were widely used in paints, piping and mortar during the construction boom of the 19th century.

The presence of large quantities of calcium, the main ingredient of lime, in central London soil had been previously observed but its cause not directly attributed to conflict or demolition before.  Traditional mortar contains a lot of lime, so it follows that if a building is demolished, such as from World War 2 bomb damage, then the spike in toxic chemicals could be linked to this.

The BGS team compared data on soil pollution with a map of the 31,373 sites bombed by the Luftwaffe, Nazi Germany’s air force, between October 1940 and June 1941. During this period, more than 1 million properties were destroyed or strategically damaged.  Areas bombarded in the 1940s had levels of calcium, lead and zinc that were up to 1.75 times higher than in areas built-up after the war or those that escaped the bombing. Their paper identifies that elevated lead in the pre-1940 urban areas may be partly derived from leaded paint and lead pipes.

Some lead readings were also caused by exhaust fumes from cars and so would have to be discounted as background noise within the data. However, the researchers found that lead enrichment in London soil increases with proximity to roads as well as bomb sites, compounding the readings in these locations. There are a number of resources that illustrate the distribution of bomb sites in London that help inform where potential hotspots for this contamination could be. Sites like Bombsight show heavy concentrations in expected places like the East End and docklands, but also some surprising suburban locations like Bromley to the south East and parts of Chiswick, Sheen and Hayes out to the west.

Heavy metal pollution is dangerous to human health, especially children who might ingest lead or zinc while playing on polluted land. Vegetables grown on such soil, for example in urban gardens, can also have enriched levels of toxic metals.

Buildings partially or completely destroyed whether through arson or by accident present a major toxicity hazard today. As the Guardian reported earlier this year, after the tragic events at the Grenfell Tower, consultants AECOM found that within a 140 metre radius elevated levels of hydrocarbons and phosphorus were present up to 160 times that of the wider vicinity. Polychlorinated dibenzodioxin (PCDDs) were 70 times higher, while benzene levels were between 25 and 40 times that of the reference soil.

These toxins can be derived from wiring, plastic pipes and building materials. On some early post-war builds, material that bonded asbestos sheets or insulation can also burn, releasing toxins and allowing fibres to become friable.

In an urban fire, contaminants all risk mobilising carcinogens into the water supply following rain. Hard surfaces will accelerate transfer into storm drains or reach groundwater courses dependent on the degree of soil infiltration.

Ironically, fire-fighting foam has been one of the biggest toxicity contributors in the recent past. The foam used to contain Perfluorooctanesulfonic acid (perfluorooctanesulfonate or PFOS) which has been shown to be a persistent, bio-accumulative, and toxic pollutant. In 2008, it was shown to affect the immune system of male mice, raising the possibility that highly exposed people and wildlife are immune-compromised. It was added to Annex B of the Stockholm Convention on Persistent Organic Pollutants in May 2009 and has since been banned in the EU and elsewhere in the world.

PFOS foams had widespread use in the UK until the ban. The Buncefield oil depot fire of December 2005 was the largest “single-seat” fire in the world ever to be fought by a fire brigade, and foam supplies from sites all over the UK were drawn upon. At its peak, 32,000 litres per minute of foam was directed against the fire in just over four hours.  The following May, Three Valleys Water announced that it had detected PFOS in a ground water bore hole close to the Oil depot site.  While no water from this well entered the public water supply and that this and the pumping station had been closed since the fire as a precaution, it showed now easily transportable the PFOS was.

PFOSs are incredibly persistent in the environment. Often referred to as “forever chemicals,” they are immune to degradation, regardless of environmental conditions. Natural breakdown over time is assumed to be virtually nonexistent.

They are highly water soluble, prone to leaching into groundwater and can travel large distances. Studies have shown them to be present in groundwater for anywhere from 5 to 15 years following the end of fire-fighting activities.

The dangers of unexploded bombs in redevelopment construction are obvious, but the legacy beyond them can remain locked in the soil. Derelict sites can be frequent targets for arson and add new toxins from the remaining buildings’ destruction.

Commercial property lawyers need to understand not only the past site usage but also whether there had been any prior fire damage that may have remaining toxins transmitting off site.

Our Commercial Environmental Risk Report  provides clear, forensic insight on the site history and its proximity to potentially contaminated land. Follow-on solutions for complex cases, such as fixed fee further reviews, insurance and remediation solutions can also be tailored based on the site’s unique situation.